See the guide for this topic.

Derived units are combinations of fundamental units. Some examples are:

In scientific notation, values are written in the form a*10^n, where a is a number within 1 and 10 and n is any integer. Some examples are:

For a certain value, all figures are significant, except:

When multiplying or dividing numbers, the number of significant figures of the result value should not exceed the least precise value of the calculation.

Orders of magnitude are given in powers of 10, likewise those given in the scientific notation section previously.

Orders of magnitude are used to compare the size of physical data.

Estimations are usually made to the nearest power of 10. Some examples are given in the tables in the orders of magnitude section.

Physical measurements are sometimes expressed in the form x±Δx. For example, 10±1 would mean a range from 9 to 11 for the measurement.

Line of best fit: The straight line drawn on a graph so that the average distance between the data points and the line is minimized.

The uncertainty in the gradient: The difference between the gradients of the line of best fit and the maximum/minimum line. 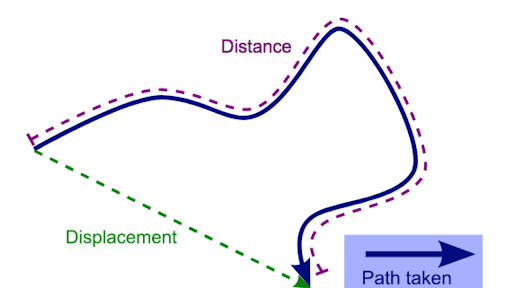 Vector addition and subtraction can be done by the parallelogram method or the head to tail method. Vectors that form a closed polygon (cycle) add up to zero.

When resolving vectors in two directions, vectors can be resolved into a pair of perpendicular components.

The relationship between two sets of data can be determined graphically.