See the guide for this topic.

Electric charge can either be positive or negative.

An object with equal amounts of positive change and negative charge is said to be electrically neutral.

The unit of electric charge is coulomb (C).

Electric charge is always conserved. While charges could migrate from one body to another, the total charge remains the same.

Conductors are materials which allow the passage of electric charge. This is due to the presence of free electrons in solid conductors.

Insulators are materials which do not allow the passage of electric charge.

The electric field lines curve outwards near the edge of the plates. This is known as the “edge effect”.

Electric field strength (E) is the force per unit charge experienced by a positive test change placed in a field.

where F is the force, q1 and q2 are the charge of the two objects (usually the same when considering two electrons), and r is the radius/distance between the two charges.

Therefore, since F = qE = kqq/r^2, we can deduce that for non-uniform electric fields, the electric field strength can be calculated by

by cancelling out q (charge) on both sides.

The existence of an electric potential difference (see the last section of 5.1) across an object causes charges to flow through the object.

Direct current (dc) is a uniform current flowing in one fixed direction in a circuit.

The electric potential difference (pd) between two points is equal to the work done (energy) required per unit charge to move from one point to another. It is also known as voltage (V).

Voltage is analogical to the differences of upstreams and downstreams where water flow in the stream is the flow of electrons within the circuit.

An electric circuit is an interconnection of electrical components in a closed loop.

A resistor is an electrical component which implements a specific resistance within an electric circuit.

A resistor with adjustable resistance is called a variable resistor.

Resistors can be connected in series or in parallel.

A voltmeter is used to measure the potential difference between two points.

A voltmeter should be connected in parallel with the components being measured.

An ideal voltmeter has infinite resistance.

An ammeter is used to measure the current passing through a point.

An ammeter should be connected in series at the point of measurement.

An ideal ammeter has zero resistance.

The resistance (R) of an object can be seen as a measure of opposition to electric current through the object.

It is given by the ratio between the electric potential difference (V) and the current induced (I).

Ohm’s law states that the current flowing through a conductor is proportional to the electric potential difference across the conductor.

Ohm’s law is not always obeyed. A conductor which obeys Ohm’s law has a constant resistance and is called an Ohmic conductor.

A non-ohmic conductor portrays a graph that does not have a constant gradient (non-linear).

The resistance is influenced by the resistivity constant of the object (determined by the material it is made out of).

The power (P) dissipated in a resistor can be given by

This means electrical energy is “lost” as heat energy or other forms of energy that are not considered useful over time.

A cell in a circuit acts as a source of electrical energy and creates an electric potential difference at its terminals.

A battery is made up of two cells connected. 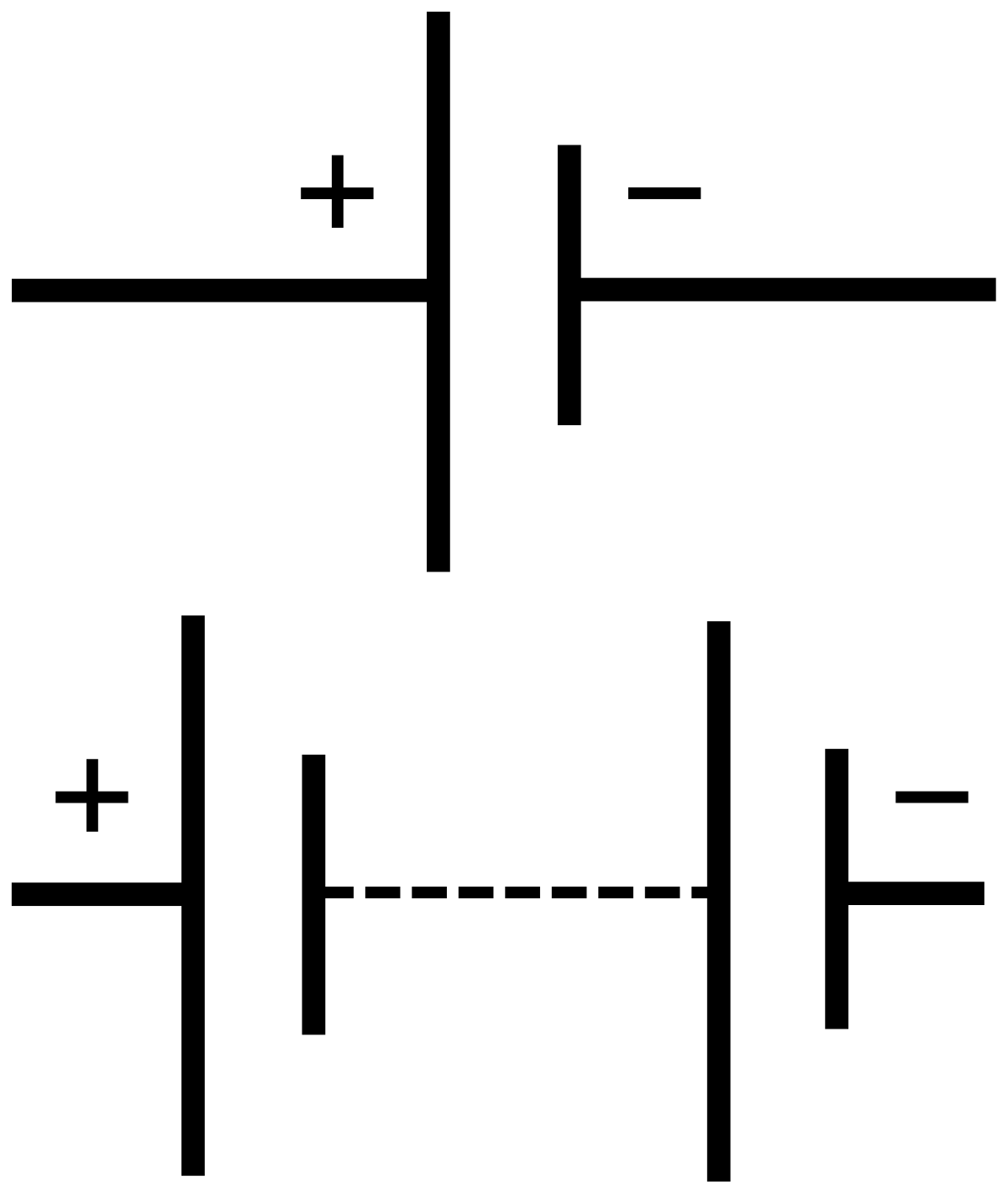 The internal resistance is the resistance of a source determined by the material it is made up of.

The internal resistance can be used to calculated the emf. (see the last section of 5.3)

A secondary cell or battery can be recharged after use by passing current through the circuit in opposite direction to the current during the discharge.

The potential difference at the terminals of a source is less than the emf of the source due to internal resistance. (see the last section of 5.3)

The electromotive force (emf) of a source is defined as the energy per unit charge supplied by the source.

Magnetic fields are caused by the presence of magnets or moving charges.

The unit of a magnetic field is Tesla (T).

The equation may be multiplied by sinθ where θ is the angle between the direction of the field and the current. This can be ignored when θ=90 degrees because sin90 degrees equals to 1.

Magnetic force on a moving charge

where F is the force acting on the wire, B is the magnetic field, q is the amount of charge, v is the velocity of the charge, and θ is the angle between the direction of the field and the velocity.

Remember that the direction of the (conventional) current is the opposite to that of the flow of electrons.

As the magnetic force is always perpendicular to the velocity of the charge, it acts as a centripetal force (see topic 6) and the charge follows a circular path. No work is done on the charge by the magnetic field.